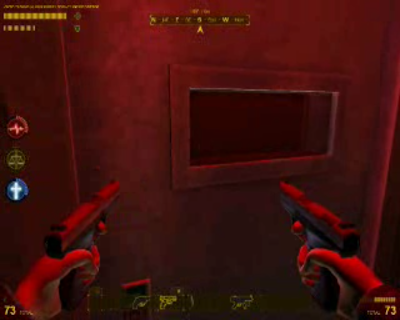 A genre that once ruled the industry is being attacked non-stop by reviewers and gamers alike, although still enjoyed my many gamers out there. People look around, and they see that they've been playing FPS games for more than fifteen years. Gamers want something more than the same old "buff dude goes around blowing supposedly scary things up in a gory way in first-person with the same guns" kind of game. This can often lead to the rushed conclusion that the FPS as a genre is either dying, or already dead.

For one thing, no matter what new directions games take, people are still going to like the concentrated doses of immersing fast paced action and competition that is hard to find elsewhere. So unless an alternative is provided, FPS games will probably never die. It is true though, that FPS games are starting to make up less and less of the average gamer's diet. I myself have a relatively small collection of games, mostly preferring only games that I think stand out somehow. I also usually only play through games one time, and those are only the best games. If I think a game is terrible, I don't usually finish it.  On track, what games do you spend most of your gaming time on? You probably play some game like WoW that eats up most of it, then you have filler for new SP games that come out, and then finish it off with some kind of deathmatch game like quake.

So while FPS games don't dominate your diet, you still have them. Provided, this is a huge, exaggerated, overgeneralized blanket statement stereotype, but as a designer this is probably what a lot of your audience will look like.

Does this mean that the first-person perspective is doomed to either slowly die out or become just those deathmatch games you play to kill time? Probably not. The advantage of the first-person perspective is that it immerses the player and helps to merge their personality with the protagonist's personality. This is very useful, and is not only limited to shooters. However, I think the best game probably has some action in it somewhere.

I think that game designers shouldn't be afraid to use the first-person perspective. Game reviewers usually don't really care all that much about that, it's just what most people do with it. Granted, the best game designer doesn't fear reviewers. Ideally, you should be able to create whatever game you think your audience will enjoy, and not fear what the reviewers will do to you for it. But you have to get your money somewhere, plus the reviewers often times have a pretty good idea of what your audience will like.