It's been awhile since my last review and I've nothing else to write about, so I have decided to review one of my favorites. 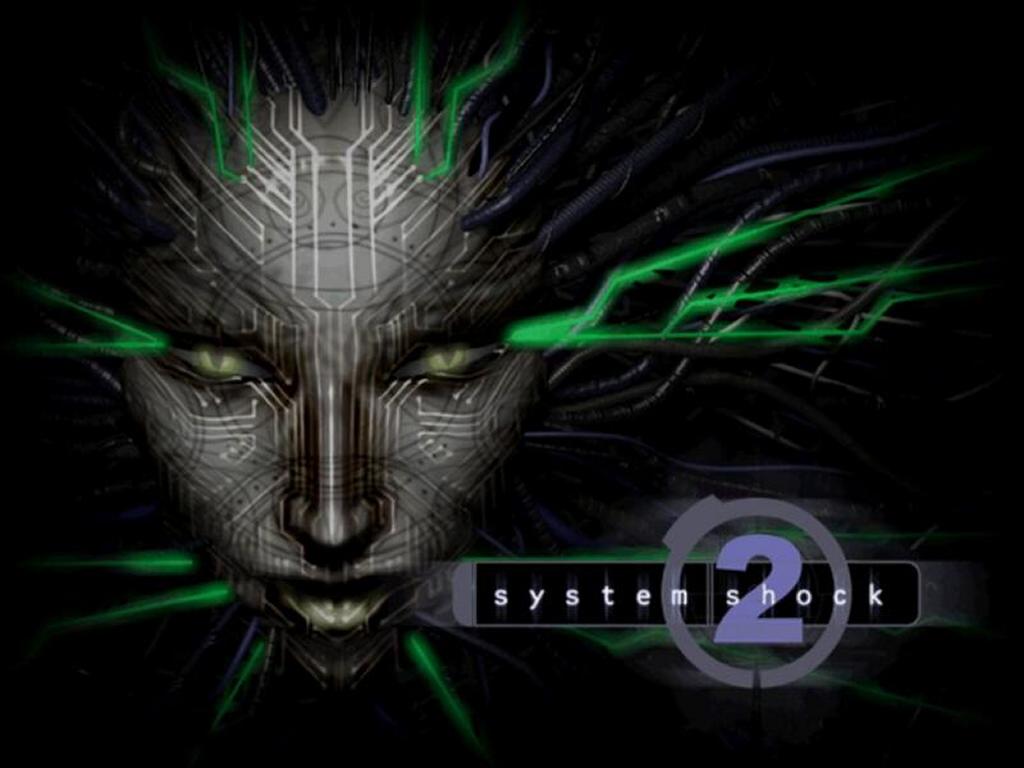 Yes, you all knew this was coming sometime. I'm reviewing System shock 2. I'm doing the sequel rather than the series' first game because I like it better. Really, this is a sequel which is actually better than the original. People always say that about games and movies, but this is the only case I've witnessed so far in which that claim was true. This is my favorite game, so my review will probably be positive, even if it's final score doesn't hit 10.

I'm sticking to my no spoiler policy, but you should play the first game first. The second is full of references and such which make for a much more enjoyable experience if you have at least read all about or watched the cutscenes of the first one. System Shock 2 can stand on it's own, but you can still improve an already awesome experience by playing the first one.

System shock 2 came out in 1999, made by Irrational Games and Looking Glass Studios. Unfortunately it never garnered sufficient attention for another title in the series. Considered by many to have been succeeded "spiritually" by games like Deus Ex or Bioshock, System Shock 2 is still unparalleled in my opinion.

System Shock 2 takes the sword of FPS/RPG hybrid games just like the first one. In the original SystemShock, graphics technology was a huge barrier to the games presentation. This is much less the case in SystemShock 2, where the graphics are way better than bearable and the aesthetics are excellent. Still, I would love to see a modern remake with bleeding edge visuals.

The motion controls in SystemShock 2 are quite akin to those of an FPS game. You have the usual W,A,S,D, + mouse for motion and combat control, but this IS an RPG as well. Most of the RPG elements are played out in the MFD which you can access either by interacting with an item or jabbing the Tab key or whatever you tethered the action to. In the MFD you can purchase skill upgrades, equip and unequip items, read audio logs and e-mails, repair broken weapons, modify weapons, upgrade weapons, research items, manage implants, use special items, and more. I will note, that you aren't tied to using the MFD to change weapons. Regular hotkeys are setup, and the vast selection of weapons available in the game has them running from tilde to past the 0 as apposed to your usual 1-0 or 1-7.

Different enemies can be taken down more easily with different weapons or ammo types. For example, armor piercing bullets in a pistol or shotgun will devastate a maintenance bot or security turret, but will prove almost useless against organic targets. But in turn, anti-personal bullets will shred a mutant or spider while having little to no effect on robots. This applies to weapons as well. For example, the viral proliferator is great against organics, but a shotgun is the better choice against robots.

In addition to weapons, you also have implants, armor, and patches.

Patches are star trek TOS styled medicine syringes. There are patches that give you health, patches that recharge psionic energy, patches that cleanse poison from your body, and patches that treat radiation. All of them are good for one use and only refill so much of a given property. As skill points in areas applying to the types patches rises however, so does the amount they refill upon use.

Some items you pick up will be identified as unknown. You will then have to research them before you can know what they are or use them. Research takes time, but the higher the skill level in that area, the faster the research. You will also have to find various chemicals in order to research certain items. Different items require different chemicals. Labs spread around the game have these chemicals organized on shelves, and most of them have manifests you can pick up telling which labs have what chemicals. You need this because there are too many different kinds of chemicals to carry all of them around with you at once.

There is a huge number of items you will carry and interact with ingame, so listing them all here would be counterproductive.

So instead, lets talk about that RPG based skill system.

As you progress through the game, you will be awarded Cyber Modules for completing tasks. These modules can then be used at the upgrade centers found throughout the levels of the game to upgrade your skills. The skills are categorized into four main types which must be upgraded at separate upgrade centers. The four types of skills are Psi, Tech, Combat, and Stats.

One thing I don't like about RPG's is taking things that should be based on the players own skill and making them based on multiplying random numbers by a stat. In System Shock 2 however, it is MUCH more forgivable. The conventional wisdom is usually that no matter how well you aim, whether you hit or miss is based on your stats. In SS2 however, your stats merely determine how much damage your attacks do. The idea is that your aiming ability increases, so your attacks do more damage.

In all likely-hood, they couldn't have had the player aim for damage if they wanted to. The graphics were struggling to provide the visuals that were there, and several corners were cut. Many hacks were put to use to make the game run at a decent framerate. Adding complex collision detection and multiplying the number of hit areas available would be too huge of a bottle neck.

In addition to cyber modules, there are also a few OS upgrade systems to be found in the game, which will let you pick from one of several possible permanent upgrades.

Wow, this is running pretty long. I haven't even gotten into the story, atmosphere, or level design yet. Tell you what, lets make this a two part review. I'll post this, get some sleep, and write the second part soon. ;)