Today I want to discuss- mainly by analysis of examples -a videogame story concept, the closest TVTrope article of which I could find calls Hopeless Boss Fight. It actually applies to any battle in any genre that needs the player to be defeated for the purposes of the story, be it in gameplay or in a cutscene. This tool could obviously be used to the great benefit or great detriment of a story. We will therefore be looking at a good and bad example from the games Megaman X and awful ol' Mass Effect 3.

And yes, this article will obviously be laden with spoilers from all of those games. Also, I feel like I need to warn you that this page conatians TVTropes links, which have been shown to lead to the eating up of countless hours of time when clicked. Unless you aren't familiar with the tropes mentioned, click at your own risk.

Let's start out with Megaman X. I will assume you have seen the end of the intro stage. Vile is invulnerable, but the game does nothing to even imply that is the case. He is also too tall to jump over, so he will eventually chisel away your small health bar with his attacks. These factors make this battle impossible, but it happens fast enough to avoid annoyance and keep the candle of hope for victory burning in the player's mind. The cause of defeat feels like the player, not just the character, were to weak to succeed. This game provides a good example of successful execution and benefit of this trope. It takes place during gameplay and serves the story by providing the player with a connection to their character and providing the character with a goal of growth to achieve. When you are rescued and have a chit-chat with your savior, they reinforce the idea that you need to grow in power and eventually confront this enemy again. The beauty of this is that the story of the game centers around the growth of the protagonist in power and character, a growth the player feels every step of the way because of the use of this little trick in the beginning of the game. 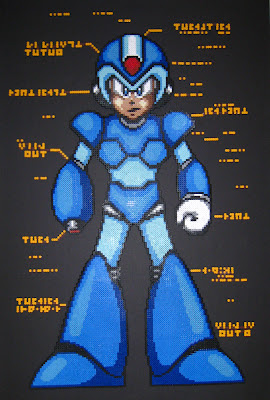 So we can all see that this technique can have an awesome impact on the player's connection to the character they play. Therefore, we can always throw the use of it in to make the player feel invested in whatever frippery piffle we randomly need the player to feel invested in suddenly, right? While the previous sentence was obviously sarcastic, I have a hard time believing it was any other line of thinking that went into the conception of our next example from Mass Effect 3.

In this usage of the technique(you don't need to watch anything past about 3:57), the boss is a total pushover during gameplay(or was for me anyway), even though he exhibits the magical ability to crouch in the open and become invincible while regenerating shields. After you royally cream him, control is pulled away from you as you are forced to watch a cutscene in which he pulls something similar to Heads I Win, Tales You lose, except he doesn't even reveal that he is not left handed. He just uses cutscene power to the max to beat up your squad and then be invincible while his mooks attack you with rockets. He then leaves you to a presumed death and runs away from you even after learning you are not. 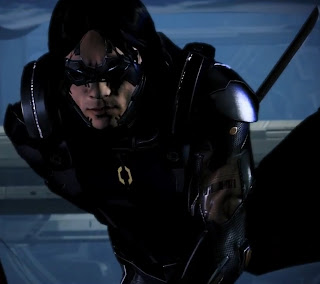 You could argue that the annoyance and anger resultant of this could be channeled away from the writers and toward the villain in order to help the player build rapport with their character and give their personal feelings a stake in the game. The problem with this is that the game fails to make this battle mean anything other than "Oh well, better luck next time," and "I have failed!!!!" (excess of exclamation marks present for comedic effect, as well as this disclaimer) You didn't fail because you weren't strong enough, and the game doesn't even pretend like you did. And when you finally confront this boss again and kill him, it's not because you are more powerful, it's because he stopped running away and using his magic cutscene super powers. Even worse is the fact that using this technique here adds nothing to the story. The character doesn't learn something from defeat, they don't decide to grow in power and then try again, the defeat doesn't say anything artistically, and it has no meaning to the story or characters. It would have been easier, cheaper, more story relevant, and less likely to annoy the player if they merely arrived only to find that the badguys had already been there and taken the MacGuffin. But as it stands this segment is just a backfired attempt to raise player investment in the final boss battle by ticking them off.

The first most obvious thing to take away from this contrast is simple. Making this technique work in a cutscene is much harder than making it work in gameplay, although both are difficult. The second is that this battle needs to have some bearing on the story and some meaning to the characters deeper than the general and obvious bearings and meanings it invokes of failure and luck. It needs to say something artistically instead of just being a thing that happened. The third is that you need to come at this technique from the right direction. You can't say "I want to use Mandatory Defeat in this story, so here is how and why." You reasoning through "Hmmm, how can I express this idea and trigger these feelings in the player... I know, I can use a Mandatory Defeat," is much safer. And last but not necessarily least, it's a good idea to try to hide the fact that you were supposed to lose until after you have. Let the player think their character will win if it's a cutscene, and let them think they can win if it's during gameplay.

--LazerBlade
Posted by Unknown at 1:51 PM