So I have now officially started creating the album art for Rhyme or Reason. Here is the current version of the cover: 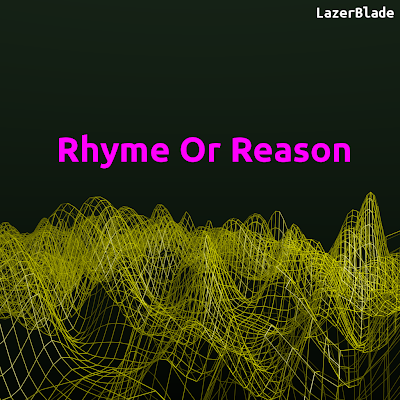 I wanted something different from my normal neon cyberpunk thing, so I went with a yellow-green-violet color theme with simplistic typography and some random retro wireframe terrain rendered in Blender. If you want to know why I chose the terrain, I will say that there is no rhyme or reason to why the album cover is as it is.


At this point I'm over half way done with the album, but it's stretching out longer than any of my previous albums. Part of the reason for this is that over time I have amassed a rather involved production pipeline that lengthens the distance between conception and completion of a track. A lot more tracks got abandoned than would have been a year or so ago due to not being good enough by my current standards or just being worked on them for so long that I lost interest and could no longer be creative with them.

I'm pressing on and hoping to finish this album sometime early next year.