NOTE: I have indeed noticed that some of my older image heavy posts have lost many of their images. This will not happen with any more posts, as I will now be downloading the images and then uploading them to this site instead of linking them. As long as this site is here, so will the images be.


I often talk about aesthetics and visual style. I'll say that a game makes good use of old graphics technology to create a gorgeous universe with an interesting and unique aesthetic, but you'll have no idea what that means or how a level designer would go about creating such a beautiful universe in the first place. Allow me to explain some of that by going over some of the basic ideas surrounding one of the most important aesthetic elements: color. The only way to gain an artistic ability with color is through experimentation and expression, so I will focus on the technical aspects involved to get you started.

There are four important concepts to understand when you are coloring a space: complements,  contrast, range, and coordination. This is not a standardized set of technical terms or concepts. I have spent ten long seconds making them up based on what I have read and studied.


Color complements are any two colors that perfectly complement each other in an aesthetically appealing way when presented next to each other. They are usually opposite hues according to the subtractive color model. I myself have used colors with their complements enough to know them by memory, but you can also find a color's complement by sight or by using colors opposite of each other on a standard RYB color wheel like this one: 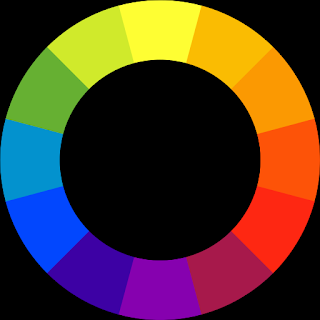 This is great if you have a dark background and want to have two different objects that both stand out against themselves and the background in an aesthetically appealing way. You can just choose two complementary colors and assign one to each object. For example, a straw and cup on a darkly colored table can be colored using two of the most well known color complements, red and green: 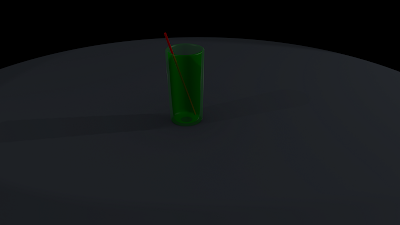 The fact that the table is a desaturated dark blue not only helps make the center of this scene-the cup and straw-stick out, but it also provides an interesting and appealing aesthetic because of the sharp contrast. Contrast in another useful concept to be aware of. Aside from the subjective beauty of a scene that has contrast, it also provides a means for you to draw attention to certain parts of the scene and make different elements- I'm going to say it... pop. This is one reason that cyberspace and rave images are some of my favorites. They tend to have a very dark background with glowing neon foreground elements: 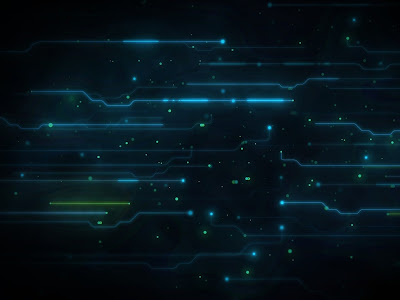 You just need to make sure that you don't get caught up in good contrast to that point that you restrict yourself to just a few really contrasting colors. While that can create an interesting aesthetic for a time, there is certainly a lot of potential to be aware of if you employ a wider color range. A scene with many colors not only adds complexity and thus appears more respectable or epic, but also increases the number of different attributes of the scene that an observer can appreciate, consider, interpret, and enjoy. The power of a wide color range is so strong that even all the colors of the rainbow alone at night look amazing: 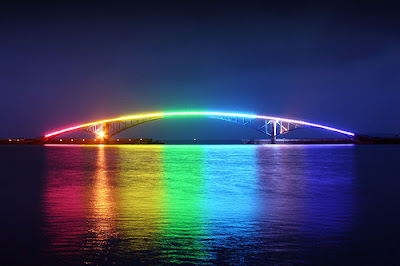 Of course, there is a difference between an image or scene that makes careful use of a wide range of colors and one where the artist just randomly splashed a bunch of colors around for the sake of using lots of color. Having a lot of colors can be a good thing, but they have to be well coordinated. Color coordination is a more abstract and general principle that is very difficult to explain. A simple description would be that color coordination is the process of selecting the color palette for a scene and then selecting which parts of the scene should use which parts of said palette. There are no rules for this, but here are some things I have personally noted.

Assuming you have chosen your primary scene colors(E.G: blue, orange, black, and white) it is usually pretty safe to mix in some other colors that are one step away from them. (E.G: green, red, and grey) You usually want to put two color complements in places that the observers eyes will see them both at the same time. This can often be accomplished by putting them both on top of one continuous color. Let's use the table scene earlier as an example. In a wider shot of that scene with other colors in the background and on the table, the colors of the straw and cup still work because they are on top of the single color of mute dark blue and nothing is between them. You can also usually put colors that are close to each other in shade and or hue next to each other if you want them to appear as distinct parts of a single scene element. Of course, while placing these colors keep in mind the concept of contrast to help you draw attention to the focal point(s) of the scene.

That's basically it as far as the basics go. Of course color is a much deeper subject then this, yet still merely one facet of aesthetics. However, these principles should be more than enough to get you started experimenting and developing a sense for color.

Email ThisBlogThis!Share to TwitterShare to FacebookShare to Pinterest
Labels: visuals