This session marks an important milestone, as it concludes at the same time as version 0.0.5. That means I'm halfway to the first alpha, and I've got some spiffy features to show for it. Unfortunately, there are too many features and too little time to do a full breakdown, so I'm just going to quickly mention some of the more notable improvements.

First up, I had to do some optimizations to make enemy path finding more reasonable. Now, instead of recalculating the path to the player every frame, it does so only once every 1.2 seconds. The game still slows down or jolts every once in awhile during an epic battle, but it works for now. 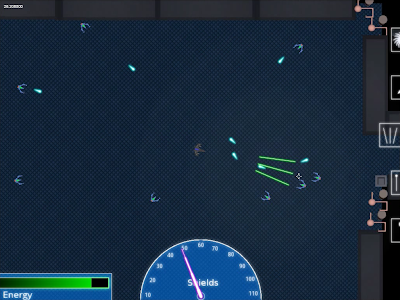 The drones are now fierce little buggers that fire their pulse canons at you at predictable but surprising right feeling intervals. The pulse canons alternate emitting from the left and right guns of the drones. Any player should know to hide behind cover, strafe around, dodge, attack first, and generally avoid taking fire unless death is desired. 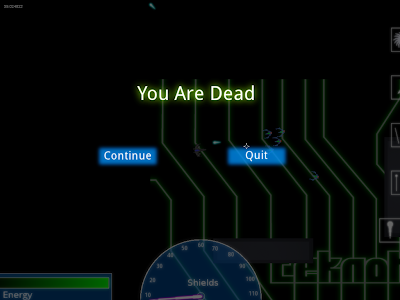 To showcase the new version and to test the might of the level editor and game engine when handling large levels, I put together the next version of the official demonstration level titled "cells." It's basically a labyrinth of interconnected rooms. Obviously this doesn't speak good level design, but since all you're doing is making your own game out of trying to hunt down all the enemies and shred them to pieces with your laser shotgun before they fry your ship, it doesn't really matter yet. 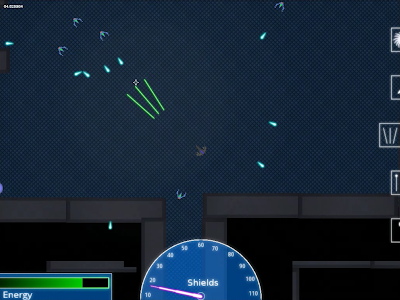